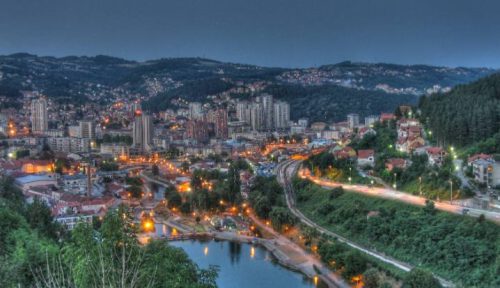 Belgrade, Serbia, February 11, 2022 / TRAVELINDEX / The Republic of Serbia and the World Economic Forum have established a Center for the Fourth Industrial Revolution Network in Serbia (C4IR Serbia). The Centre will be an autonomous non-for-profit organisation, leading on policy and governance for emerging technologies.

The document was signed by Jeremy Jurgens, Managing Director, World Economic Forum, and Mihailo Jovanović, Director, Office for Information Technologies and eGovernment, Government of the Republic of Serbia.

“The strong partnership between the Republic of Serbia and the World Economic Forum has reached a new level and I am very proud that today we are launching a Centre for the Fourth Industrial Revolution in Serbia (C4IR Serbia). This Centre is another step towards digitalization as Serbia’s top priority. It will help us adopt the most cutting edge policies and solutions developed with partners from all over the world. Key areas of Serbia’s C4IR will be AI and Bioengineering – two areas already recognized in Serbia as critical for future economic growth. Our close cooperation with the World Economic Forum also contributes to Serbia’s international recognition as a global hub for research and development in new technologies,” said Ana Brnabić, Prime Minister of Serbia.

“I am delighted to see that Serbia has joined the Forum’s Centre for the Fourth Industrial Revolution Network,” said Børge Brende, President of the World Economic Forum. “Innovation is the key to fulfilling our shared priorities of sustainability, equity, and resilience. The new Centre in Serbia will join a growing platform as a focal point for advancing innovation and industrial transformation. ”

C4IR Serbia will be formed inside the Government Office for IT and eGovernment, a top-level Government institution directly reporting to the Prime Minister.

The ecosystem developed around the Center will leverage existing infrastructure such as the national platforms for AI development, the Center for Genome Sequencing, and a planned bioeconomy hub – BIO4 Campus – to create solutions that benefit Serbian citizens.

The Center will also engage with critical national stakeholders, like the National AI Institute and Institute for Molecular Genetics and Genetic Engineering, other Government institutions, and the private sector.

An arena for public-private cooperation on Fourth Industrial Revolution

The Fourth Industrial Revolution has led to technological breakthroughs in many fields, including artificial intelligence and machine learning, IoT and robotics, 3D printing, nanotechnology, and biotechnology, among others.

The Forum’s global network is a platform for multi-stakeholder collaboration bringing together public and private sectors to maximize technological benefits to society while minimizing the risks associated with 4IR technologies.

C4IR Serbia is the 16th centre to join a network that spans 4 continents.

C4IR Serbia will be a platform through which the country will shape the development of local and national 4IR strategies and contributes to the global trajectory of these technologies. It is the first 4IR Centre in the Balkan region. It will become a hub of expertise to co-design and pilot future-focused policy frameworks that enable the development and deployment of ethical technology in the region and the world.